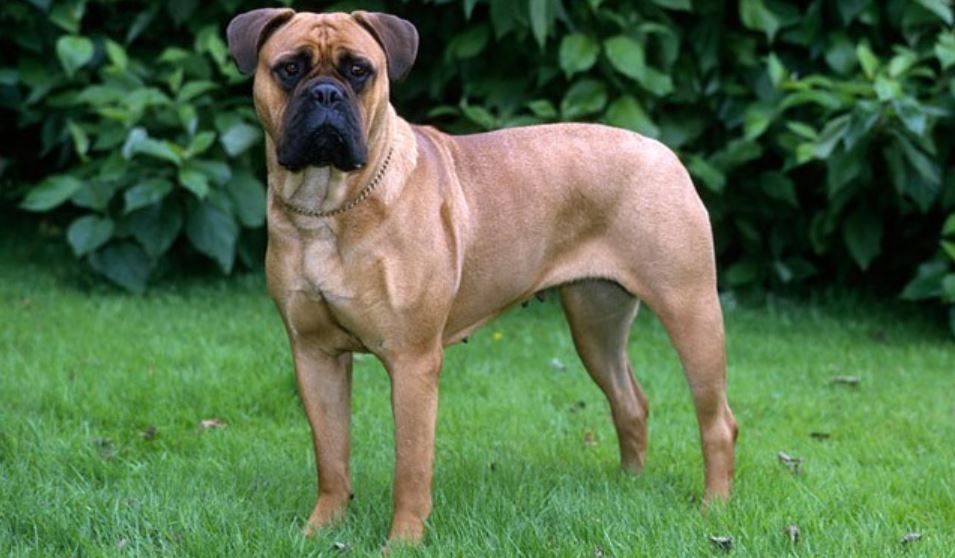 Man’s best friend is joining your crew and you have the space and the time to care for a large dog.

We discuss two of the largest and best below but as always, the choice is up to you!

Nicknamed ‘The Gamekeeper’s Night Dog’, during the mid to late 1800’s, the Bullmastiff was very much just that.

The estates of the English aristocracy were plagued by poachers, so the gamekeepers bred the Bulldog and the Mastiff, and the Bullmastiff was born.

The powerful animal didn’t bite, but instead intimidated their prey into submission, and held them till the authorities were called.

The breed eventually became a 60% Mastiff and 40% Bulldog mix, recognised by The Kennel Club in 1924. The Rottweiler is one of the oldest known breeds.

The Roman Legions employed Asian Mastiffs as herders and cart pullers, during their invasions of Europe. They ended up in Germania fighting the Barbarian Horde.

At the fall of the Empire, the dogs found homes in the town of Rottweil, becoming the working ancestors of our Rottweiler whose breed standard was registered in 1901.

They became the first breed to be used as a guide dog for the blind, and their versatility has meant that they have been used as service dogs, search and rescue dogs, and protection dogs. Both the Bullmastiff and the Rottweiler are large powerful breeds.

They are heavy animals with dense bone structure.

They both have broad heads and strong jaws.

Their coats are short, but they have different colouring.

The Bullmastiff can be fawn, red, or brindle coloured, but the Rottie is only black and rust coloured, which is also distinctive of some other German breeds.

Both dogs now have long tails.

Historically, the Rottie’s tail was docked when young, but now this is illegal unless the dog is proven to become a working dog.

The procedure must be carried out before the pup is 5 days old, or the tail remains. The character and personality of both breeds tend to be fairly similar.

They are both highly intelligent breeds, with loyal, protective and courageous streaks.

They are both great family dogs, but it is advisable that any children are older, preferably teenagers, as these dogs are powerful animals.

Despite their large size, they both do not realise their size, and love to think of themselves as being able to fit comfortably on their owner’s laps, regardless of their age.

As they are protective of their humans, they tend to be fairly vocal dogs, and their large size makes for a very deep ‘Woof!’

If they are left alone, they will ‘Woof’ a lot, and can experience separation anxiety.

The thing to note about these dogs though, is their slightly bad habits.

That Rottie is very protective of food, so feed them away from others. They can also really snore! If you bring a Bullmastiff into your home, expect drool, and lots, and lots of it. Take tissues everywhere the dog goes or follow the trail home. Intelligent and boisterous, those pups will knock into everything, and if they can chew it, they will.

Be aware that any rough play with your Rottie puppy, can cause aggression problems later on.

As with all dogs, early socialisation and training is a must particularly with larger breeds who may not know their own power.

As both dogs grow, also be aware of their times of growth and avoid exercising them on very hard surfaces during those times. Other than the usual doggie routines of teeth cleaning, ear cleaning and claw trimming, both of these breeds are fairly low maintenance when it comes to grooming.

A good brush once a week will keep their coats glossy. Neither dog sheds much compared to other breeds, although the Rottweiller will shed more during spring and autumn.

The Rottie will also need regular baths but they tend to enjoy it, even if you don’t.

The Bullmastiff fortunately, doesn’t require regular bathing, but when your dog does need a clean, may we suggest you take your large fur baby to a professional.

You don’t want to do yourself an injury or break the bath.

Rottweilers are a little easier to train than Bullmastiffs and it is recommended that their training should begin at about 6 weeks, with the Bullmastiff starting school at age 8 weeks.

Both dogs will enjoy their training, especially if it involves treats, but keep these to a minimum. Instead reward with their favourite toy or encouraging words and a stroke.

Your puppy training teacher will show you the best training options for your pets.

Due to their sizes, obedience training is a must, as is proper socialisation.

But the time and effort you put in will pay dividends, especially with the strength of the bond between you.

Allow for 2 walks per day with your Bullmastiff, of about 30 minutes duration each.

Allow for 2 walks, or ‘trots’ with your Rottie of about 60 minutes each.

Then take your Rottie home to play in the garden, as they will need more, we promise you.

If you ever feel like a swim, then your Rottweiler will accompany you with delight.

If you like the thought of running or cycling with your furry companion, then neither breed is for you, I’m afraid.

Neither their size nor weight lends to a dog that should go for a ‘run’.

Unfortunately, the list of health issues for both these dogs can be extensive, but proper nutrition, exercise and health care can keep them to a minimum.

Get copies of the regulation tests carried out on your pooch’s parents from the breeder and keep them for your records.

Both of these large breeds can suffer from joint dysplasia, and skin infections and can develop certain cancers.

They can also be prone to ‘bloat’ which is an urgent medical emergency requiring surgical intervention.

Learn the signs and symptoms just in case.

As well as those detailed above these lovely breeds can be inclined to other illnesses, particularly Rottweilers.

Rottweilers are in Category 2 in The Kennel Club which means that due to their breed development there are some areas for concern.

Be prepared for cruciate ligament and cartilage issues, as well as inherited eye disease and heart conditions.

Where you buy your pet can have a definite impact on the cost but with reputable breeders you will get the breeding test histories which is important.

Expect the following costs to buy and keep your companion.

Rottweilers have similar monthly bills of £105, but they should be slightly cheaper to buy from a breeder with an average cost of £1100.

But be prepared for some additional visits to the vet along the way. Do They Get Along?

Due to both breeds having similar feelings toward your protection, you would have to be careful that they wouldn’t each protect you from the other, although the Bullmastiff is more of a guarder than a protector, and isn’t really known to be a biter, so would probably end up worse off.

The issue you would have if you opted for one of each of these breeds would definitely be space, both house and garden space, but more importantly lap space. Would you really want the pair both trying to sit on your lap?

Can A Bullmastiff Beat a Rottweiler?

If this just came down to size and weight then the Bullmastiff would have the advantage, but the Rottweiler is naturally more aggressive, and has an inherent fighting ability.

So, we would say that a Bullmastiff would not beat a Rottweiler.

But both of these powerful dogs will have both been trained and socialised properly, won’t they?

So really this question is moot!

Now let’s see! They are both large, powerful, intelligent playful, loyal, devoted, protective animals. They are good family dogs if any children are older.

Neither requires much grooming nor sheds a lot, and both can be prone to health issues. If socialised and trained well, their size only matters if they try to sit on your lap!

The Rottweiler needs more exercise and has a longer lifespan, and they snore. Bullmastiffs drool. A lot! So, there isn’t really much in it.

Which Dog Is Better?

Because they are so similar, choosing between these two majestic animals is really going to come down to personal preference, and possibly the size of your sofa.

They are both incredible breeds and either one will be a substantial and positive addition to your family. The American Kennel club recognises 196 breeds. The Bullmastiff ranks at 51st most popular breed, whereas the Rottweiler ranks in at number 8 of 196 breeds. Perhaps this will sway your decision.

Whichever breed you choose, from either the Bullmastiff or the Rottie, getting a dog is a commitment that should not be made without research, discussions with your vet, and your family.

Your Rottie or Bullmastiff will be a family or household commitment, because whether your family members want to be involved or not, an affectionate dog of this size will definitely make sure that everyone is involved! And you might just want to get some bigger sofas.